We collect and distribute diapers for families in need - and we want your help! 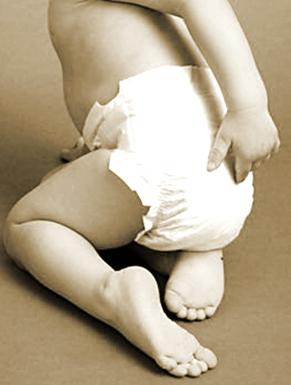 what would you do?

We know that keeping a baby in clean diapers can be expensive. A year's worth of disposable diapers for one baby costs, on average, around $1200. Yale University researchers say nearly one-third of low-income mothers in the U.S. cannot afford an adequate supply of diapers.

The physical and social consequences for these babies and their families are a growing problem. More families slip beneath the poverty level every day, which makes the cost of disposable diapers a factor in a long list of problems for these families in need: unhappy babies, unhealthy communities, under-educated toddlers, and under-employed adults. Something so basic as a diaper can actually have a big impact on a family’s ability to become functional in many ways.

As a parent, did you buy diapers at a warehouse club so you could get the most affordable pricing? Maybe you also bought big boxes of diapers at the supermarket when you were grocery shopping?
To get those deals you probably had a car to drive there; there was a warehouse club nearby your home; you had money for a membership (and plenty of space for a case of diapers); and enough cash (or a credit card) to be able to buy in bulk.

For many parents here in metro Denver, a car,  access to the warehouse club and cash are "luxuries" they simply don't have, so they buy  diapers at convenience stores within walking distance of their apartments. The packages may have as few as six in a box — which makes the per-diaper price the highest you’ll find.

We devote our time and energy to collecting and getting disposable diapers to Denver metro agencies that serve struggling young families.

The consequences of diaper cost extend beyond the baby

With 60,000+ kids under 5 living at or below the poverty level in Denver,  there is a lot of work to do. Let us know how you can MAKE A DIFFERENCE! 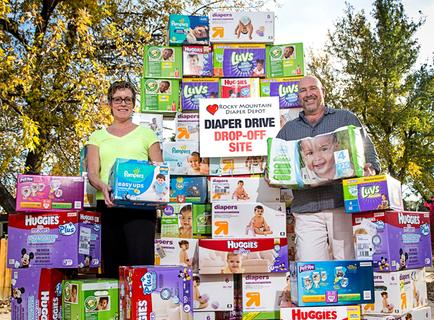 We operate solely via donations and diapers.

John and Jennifer Marshall asked their Knolls neighbors to help with the 2nd Annual Knolls Rocky Mountain Diaper Depot Diaper Drive this year (Oct 10-24), and the neighborhood responded with more than 13,000 diapers and 210 boxes of wipes in just 2 weeks! There was even a Knolls lemonade stand run by two little boys (Liam and David) that generated $20, which in turn bought 100 diapers!